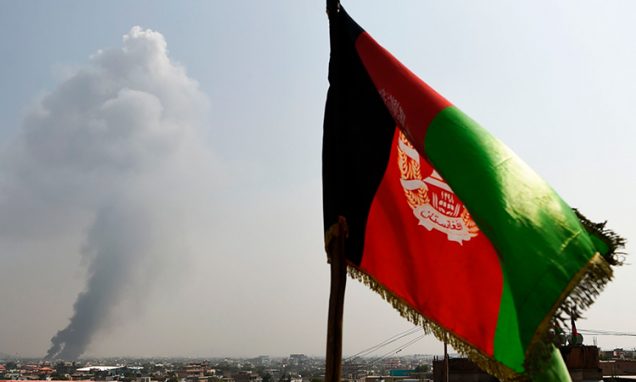 A Taliban spokesman tweeted “soldiers laid down their arms and joined the Mujahideen”.

Herat – about 150 kilometres from the Iranian border – is home to veteran warlord Ismail Khan, who for weeks has been rallying his forces to make a stand against the Taliban.

It is the 11th major city to be seized by the Taliban, since America and NATO announced their forces will be leaving by end of August.

Earlier, the interior ministry confirmed the fall of Ghazni, which lies along the major Kabul-Kandahar highway and serves as a gateway between the capital and militant strongholds in the south.

The blitzkrieg campaign of the Taliban made the United States on Thursday to urge its citizens to leave Afghanistan immediately using available commercial flight options.

The notice warned Americans about the capability of the mission at this time in serving citizens.

“Given the security conditions and reduced staffing, the Embassy’s ability to assist U.S. citizens in Afghanistan is extremely limited even within Kabul,” the notice said.

The United States on April 27 ordered government employees out of its embassy in Kabul if their work could be done elsewhere, citing increasing violence in the city.

State Department spokesman Ned Price earlier this week said the official posture of the embassy has not changed, when answering questions about whether an evacuation of the embassy is more likely.

But he added that Washington was evaluating the threat environment around its embassy in Kabul on a daily basis.

Further drawdown of staff is envisaged, along with relocation of the embassy to Kabul airport.