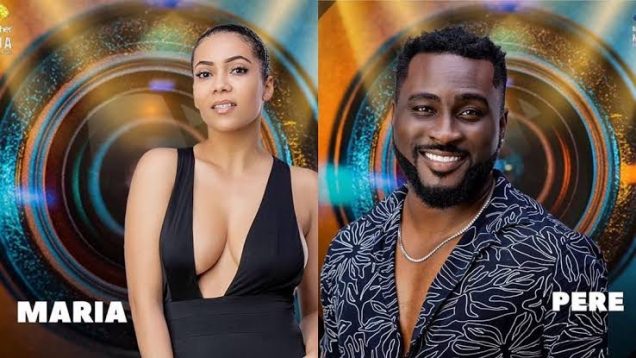 Big Brother Naija housemates, Maria and Pere have predicted that Arin is going to get evicted from the show on Sunday.

The HoH advised Maria to pray against eviction in coming weeks on the show.

Maria expressed fear over being nominated for eviction as she wondered who would save her from eviction.

Pere responded saying God will save her but she has to pray about it.

Maria again said she and Pere were lucky not to be up for eviction this week, noting that their saving grace was Pere’s position as Head of House.

She noted that although, there were a lot of obstacles, Pere was lucky to have emerged winner of the game on Monday.

“You were just lucky. It was needed. If not, you and I would have been up for eviction this week,” Maria said.