Infrastructure: Obi got into jumble trying to criticise Buhari - Presidency 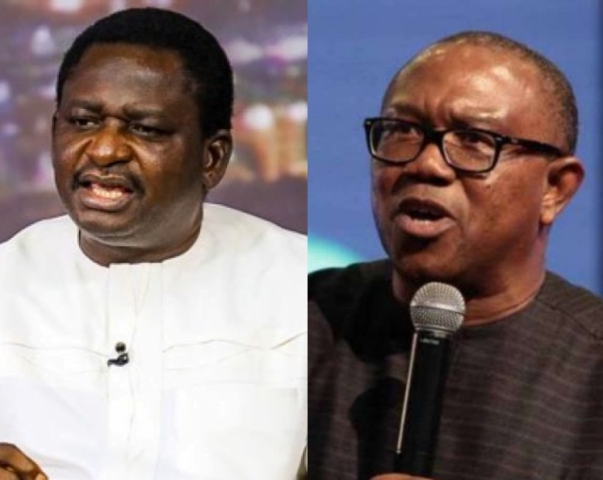 The Presidency has attacked former Governor of Anambra State, Dr. Peter Obi for thumbing down the stride President Muhammadu Buhari’s administration has recorded in Infrastructural renewal.

Presidential spokesman, Femi Adesina, in his write-up said Obi flew into the eye of the storm some days ago, when he said on the breakfast show of a television station that the Nigerian economy could not be driven on infrastructure development.

“Mr Obi, my friend of many years, and member of the People’s Democratic Party (PDP) simply carried opposition politics too far, and got himself into a jumble. What did he spend eight years doing as Governor of Anambra State?
“Building and developing infrastructure to boost the economy of the state. If not infrastructure, then what? Why then did he say this? “You can’t use infrastructure to drive economic growth. You invest in education and the SME (Small, Medium Enterprises) sector instead to deal with poverty.”
“I think the successful businessman and former Governor got completely flummoxed, perplexed, bewildered and bemused, all in the process of trying to run down the Muhammadu Buhari administration, which has been doing great things in infrastructural development in the past six years,” he said.
According to Adesina, “Obi said the thing was to invest in education and the SME. By Jove, where would education or SME be, without infrastructure? And by the way, what is infrastructure? The basic physical and organizational structures and facilities like buildings, roads, power supply, bridges, airports, and others, needed for the operation of a society or enterprise.
“How does education function without all these? And how do SMEs succeed without them? Our dear friend, Peter Obi got trapped in a labyrinth, became confused and confounded, all in the name of opposition politics.”
He said Buhari had always lamented the decay and collapse of infrastructure this administration inherited in 2015.
“No roads, no rail, no power (where is the power?), rickety airports, no bridges, nothing. And he said there couldn’t be development without infrastructure. So he set his sights on reversing the trend.
“Today, only cynics, skeptics and naysayers would deny the strides made in infrastructure: roads, bridges, rail, airports, pipelines, and many others. By 2022, when most of the massive infrastructural projects are commissioned, even the blind would see it, and the deaf would hear,” ha added.
Adesina stated that while Obi tried in vain to run down infrastructure, the American government under President Joe Biden has enunciated what it called The American Jobs Plan.
“And what is it anchored upon? Fix highways, rebuild bridges, upgrade ports, airports, and transit systems. In fact, Kamala Harris, the American Vice President says; “Infrastructure is the foundation of a good economy. And when we invest in infrastructure, we create good jobs. That’s exactly what the American Jobs Plan will do.”
“Heck! I say heck again! What then was our Peter talking about? The Okute missed it, and missed it big time. That is what unbridled and virulent opposition does to an otherwise good man,” he stated.
Tags:   Femi Adesina   Peter Obi