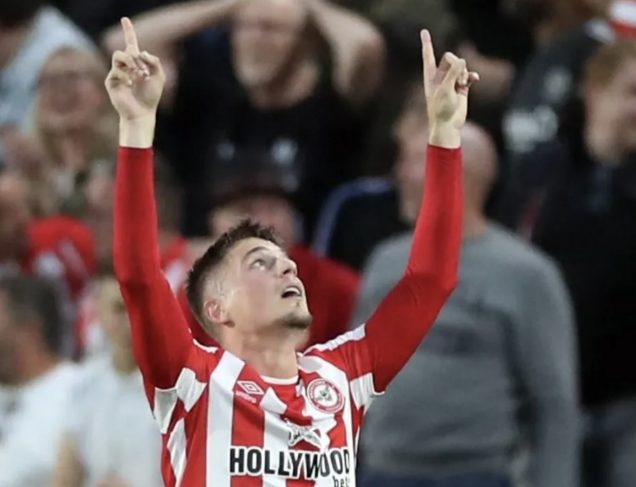 He put his club one goal up against Arsenal in the first match of the season.

His goal, netted in the 22nd minute, had an assist from Ethan Pinnock.

Pinnock headed down to Canos who drove into the box and then powered it past Leno for a memorable goal for Brentford.

It was Brentford’s first goal since 1947 against Sunderland.

Canós is a winger for Brentford, just newly promoted to the top league.

He represented Spain between U15 and U19 level and has been described as a “quick attacking player”.

He is also adept as a forward or an attacking midfielder.

According to his bio published by Wikipedia, he began his career in the youth system at hometown club Nules.

He rejected attention from Valencia, Villareal and Atlético Madrid to join Barcelona’s academy in 2010.

By 2015-2016, he gained promotion to the. senior team, but only made one appearance, before he was sent to Brentford on loan.

The following year, he signed for Norwich City, but stayed only a season.

He returned to Brentford in 2017 and has been there since.

Today, he made history, burying a goal in the left side of Arsenal’s net, to give Brentford their first Premiership goal, since Len Townsend , 27,110 days ago.