Suspected serial fraudster, Al-Ameen Idris, 1 other in court for fraud 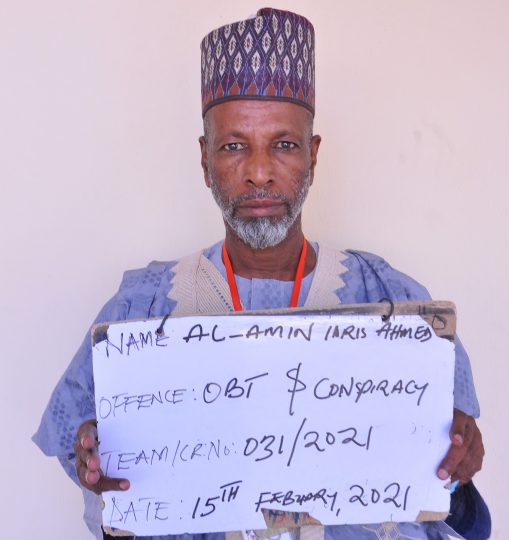 The Maiduguri Zonal Command of the Economic and Financial Crimes Commission (EFCC) on Friday, arraigned a serial fraudster, Al-Ameen Idris and one Zanna Malla for obtaining N10,750,000 by false pretence.

Between 11th August and 13th September 2020, the duo allegedly obtained the sum from one Alhaji Bukar Kime under the pretext of selling to him a plot of land measuring 50×50ft at Pompomari Residential layout, Maiduguri.

However, this purported plot of land did not belong to them.

They pleaded not guilty to the charge preferred against them.

Prosecution counsel, Haruna Abdulkadir asked the court for a trial date and to remand the defendants in a Correctional Facility.

Defence counsel, A. B Usman applied orally for the bail of his clients which was opposed by the prosecution and subsequently refused by the court.

Justice Kumaliya told the defence to apply formally for bail.

She adjourned the matter till September 23, 2021, for hearing and ordered that the defendants be remanded at the Correctional Centre.