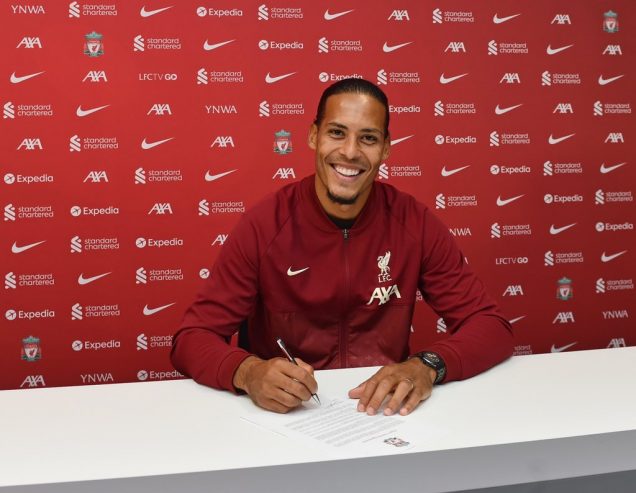 Liverpool defender, Virgil Van Dijk has signed a new four-year contract which will see him remain at the club till 2025.

The Reds have been keen to tie their key players down to new contracts this summer, with Trent Alexander-Arnold, Fabinho and Alisson all agreeing extensions.

The 30-year-old who missed much of last season with a knee injury said he feels amazing after extending his contract with the club.

“All the hard work we’ve put in so far continues and I am looking forward to what the future brings together with Liverpool. I’m delighted, very happy and proud.”

The defender joined Liverpool from Southampton in January 2018, and has since gone on to become one of the leading defenders in world.

Van Dijk played an integral role in Liverpool’s Champions League triumph in 2019 the same year he was named as the PFA Players’ Player of the Year before helping them end their 30-year wait to win a league title.

Having featured in pre-season games for the reds, Van Dijk should be available for their Premier League opener against Norwich on Saturday.