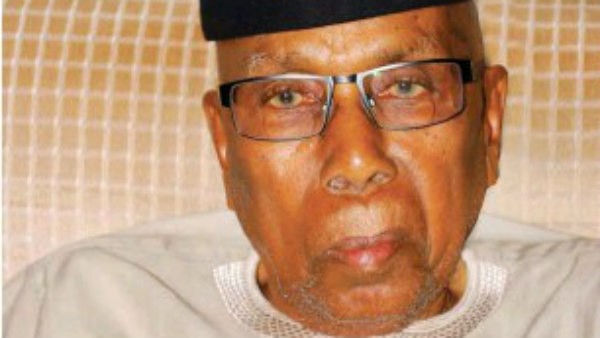 Buni expressed his grief in a statement signed by Malam Mamman Mohammed, Director-General, Press and Media Affairs, to the Governor.

The governor described the late Joda as an elder statesman and a well-groomed technocrat who contributed immensely to Nigeria’s development.

“The late Joda dedicated his productive years to the service of his fatherland until his retirement as permanent secretary.

“He will be remembered as a Nigerian who believed in the unity of the country, an uncompromising technocrat, an apostle of due process and good governance.

The governor prayed God to forgive Joda his shortcomings and grant him eternal rest, saying Nigeria would miss his wealth of experience.

He commiserated with Joda’s family, the government and people of Adamawa on the demise of the icon and prayed to God to grant them the fortitude to bear the monumental loss.

Joda served as one of the five Super Permanent Secretaries under the regime of former Head of State, Gen. Yakubu Gowon, between July 1966 and July 1975.