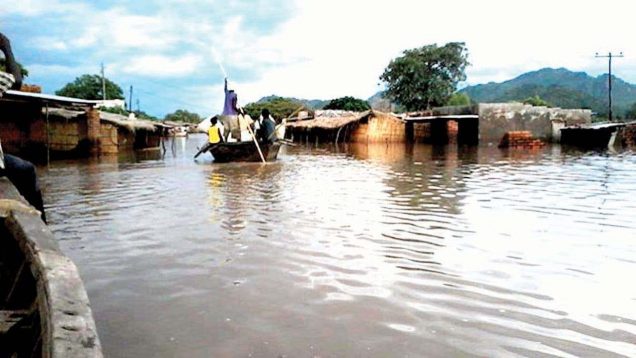 The Information Officer in charge of the council, Alhaji Sunusi Doro, told NAN on Saturday that the incident occurred after a torrential rainfall on Wednesday and Thursday.

“Some of the houses have already collapsed while others were submerged.

“Most the occupants are now staying in their relatives’ residences, as the water has denied them access to their houses,” Doro said.

He explained that the flooding had also cut off the general hospital in the area, adding that the residents had to navigate through the flooded water before they could access the facility.

Shuaibu said that the council, at its level, had provided empty sacks for residents to erect embankments, as part of measures to control flooding.

The council boss also advised people in the area to always clear culverts and drains in order to ensure a clean environment and free flow of water, whenever it rained.

“The chairman also disclosed that the council would soon purchase relief items for distribution to victims of cholera outbreak in the area.

“He said that the council had so far spent N400,000 on the procurement of drugs to the seven villages affected by the outbreak,” Doro said.