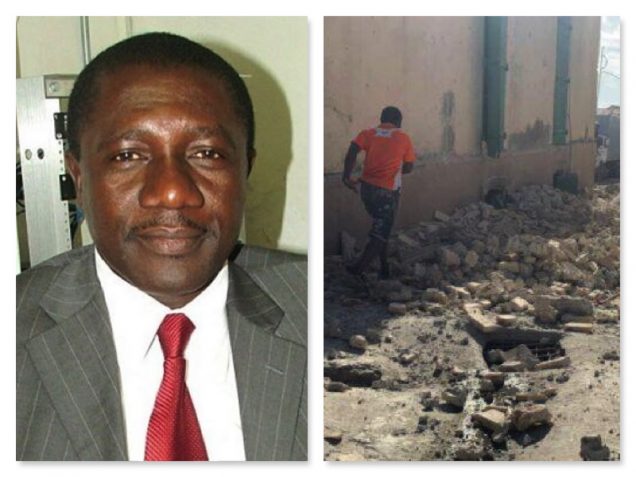 Mayor Gabriel Fortune, right among the dead in Cayes after Haiti earthquake

Gabriel Fortunè, a former senator and mayor of Cayes on the southern coast of Haiti, was confirmed among the dozens killed by Saturday’s 7.2 Magnitude earthquake.

“He was in a hotel, Le Manguier in Les Cayes, and the hotel broke down. He is confirmed dead.” Anne Rose Schoen, a Haitian journalist told DW.

“The director of Civil Protection was saying many people have died but he did not want to give any numbers because he doesn’t have a broad picture yet.

“The director of civik protection is with the Prime Minister and they are discussing what is going to happen.

Videos posted on social media offer a glimpse of the widespread destruction.

One from Les Cayes shows a street strewn with rubble and what is left of a number of buildings. Dust fills the air.

A man in the video said that he was lucky that the building he was in did not collapse, but many other houses in the area did, including the hotel where Mayor Fortune was trapped.

“There are a lot of wounded on the street,” he said.

The prime minister, Ariel Henry, later said on Twitter that the ″violent quake″ had caused loss of life and damage in various parts of the country.

He said he would mobilize all available government resources to help victims and appealed to Haitians to unify as they ″confront this dramatic situation in which we’re living right now.′

“It is going to be very difficult because it isn’t an earthquake like we had in 2010 that was concentrated in Port au Prince,” journalist Anne Rose Schoen said.

“It is an earthquake that has affected many different towns in the south and many of these towns cannot be reached easily.”

She said that this was because to get to the south it was necessary to drive through to a Port au Prince neighborhood called Carrefour in the southwestern area which is dominated by gang war.

“It will be very difficult to get the goods there for the people that are in need,” added Schoen.

Haiti, considered the poorest country in the Western Hemisphere, is still living with the impact of the catastrophic 2010 earthquake that left some 200,000 people dead.

The country is also still in shock over the assassination of its Presiddent Jovenel Moise.