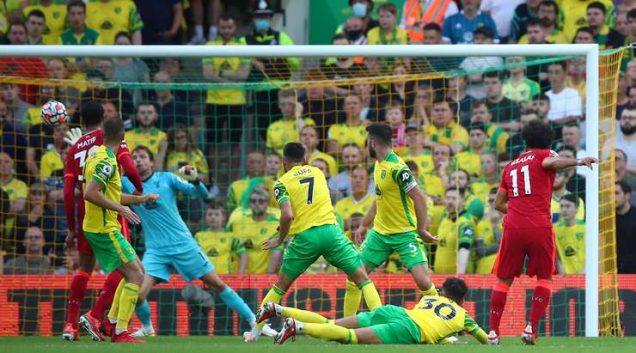 Mohamed Salah scored a goal and set up two others as Liverpool open their account in premier league opener with 3-0 bashing of Norwich City away from home on Saturday.

The Reds opened scoring through Diogo Jota on 26 minutes.

Mohamed Salah had laid the ball off to Jota who shot from close range low into the back of the net, leaving the goalkeeper helpless.

Liverpool’s second goal came through Roberto Firmino, who latched on to a precise pass deep inside the box from Mohamed Salah, as he beat the goalkeeper with a low shot into the middle of the goal.

Salah then helped himself with the third goal as he directed his wonderful effort from the edge of the box inside the left post after a corner kick was taken.