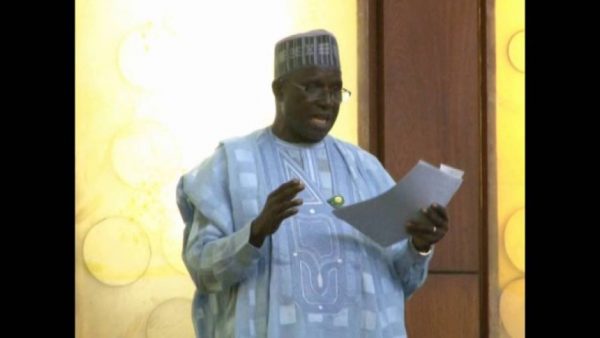 Senator Gyang: Anyone against my 2023 ambition will go down

Sen. Istifanus Gyang (PDP, Plateau North) has condemned the killing of commuters at Rukuba Road in Jos, Plateau, by some criminals.

Gyang in a statement on Saturday by his Special Assistant on Media and Protocol, Mr. Musa Ashoms, urged law enforcement agencies to swiftly apprehend and bring the perpetrators to justice.

The senator said he received with rude shock, the report of skirmishes along Rukuba Road Jos, leading to the death of citizens, most of whom were commuters.

“No citizen should be made to suffer or lose his/her life simply on the basis of ethnicity or religion.

“Crime has no ethnic nor religious coloration, hence should be confronted and dealt with frontally by law enforcement agencies.”

The lawmaker also condoled families of the victims and urged all residents of Jos and Plateau North Senatorial District to pray and discountenance thoughts and actions that might give room for criminals to plunge the state into chaos.

He prayed God to grant the souls of the slain compatriots’ eternal rest.