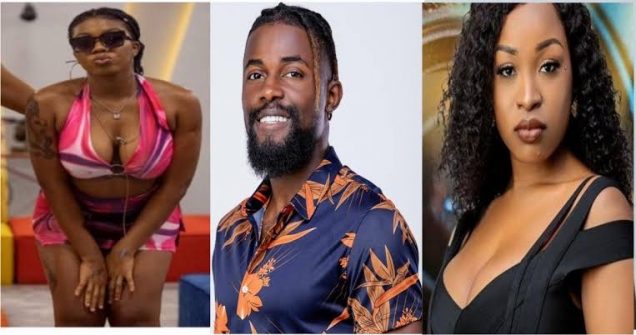 Jackie B alleges Michael of disrespecting her with Angel

Big Brother Naija housemates are at it again, this time with Jackie B accusing her crush Michael of disrespecting her.

According to her, Michael allowed Angel to romance him in her (Jackie B) presence despite both of them having a thing.

She lamented that Michael was supposed to ask her (Jackie B) to rub his head instead of asking Angel who is aware she has feelings for him.

“You disrespected me in front of everyone. We have a thing and you should have asked me to help you rub your head; to help with your Migraine not Angel,” she said.

“Don’t make me look stupid. Angel is like my younger sister. She’s just 21 years and it’s not that deep, but don’t disrespect me.

“Don’t try to play me and Angel on national TV. My child is watching,” she added.

Also, Angel previously told Jackie B that she (Angel) had a dream that she and Michael made love in her dream.

Jackie B after she had confronted Michael for disrespecting her said Angel told her as a secret while she was talking to Maria and Pere.

She said: “Angel told me she has feelings for Michael. I told him to be careful since we had a thing together. But he went ahead to disrespect me by allowing Angel rub his head in front of other housemates.

“Angel also told me she dreamt she made love with Michael.”