Federer pulls out of US Open, goes for third knee surgery 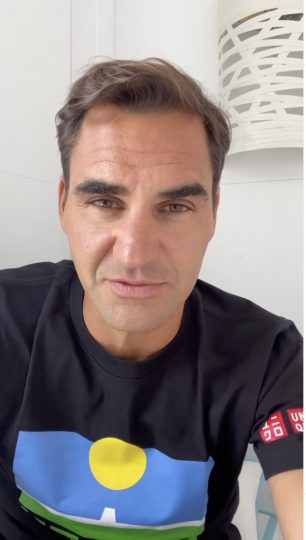 Roger Federer said he will be going for another knee surgery that will keep him in crutches for weeks and out of the tennis game for months.

The 40-year-old, who skipped the Toronto and Cincinnati masters will thus not be available for the U.S. Open.

The surgery will be the Swiss ace’s third since last year. He had two surgeries in 2020.

Federer, a 20-time Grand Slam champion, was knocked out of Wimbledon in the quarter-finals and then withdrew from the Tokyo Olympics.

‘I’ll be on crutches for many weeks, and also out of the game for many months,’ Federer said in the video posted on Instagram.

“I want to give myself a glimmer of hope to return to the tour in some shape or form,’’ Federer said.

“I am realistic. Don’t get me wrong. I know how difficult it is at this age to do another surgery and try it. But I want to be healthy and I’ll go through the rehab process.”

“As you can imagine it’s not been simple,’’ Federer said.

“I’ve been doing a lot of checks with doctor on my knee, getting all the information as I hurt myself further in the grasscourt season and Wimbledon.

Both U.S. Open and ATP Tour sent messages of goodwill to the tennis great as the video went viral.

ATP Tour said: “Wishing you a speedy recovery, Roger! We hope to see you back on the tour again soon”.

And U.S. Open also cheered him up: “Wishing you a speedy recovery”