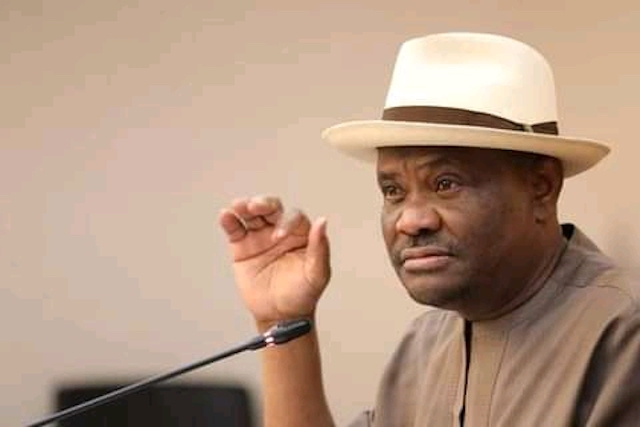 According to Wike, the suit is to reclaim the seat for the PDP that won election in the state and also for a pronouncement to be made by the judiciary against the incessant defection with no reason at all.

The Rivers governor in a statement by his spokesperson, Kelvin Ebiri on Saturday said the judiciary has to take a position against defection with no constitutional reason.

According to him, the pronouncement will help strengthen Nigeria’s democracy. He said if not, it may lead to a one party state in the country which is not good for the country’s democracy.

The PDP has frowned against their defection alleging the governors of taking the party’s mandate to the opposition party.

Bello Matawalle, Governor of Zamfara State also jumped ship from PDP to APC but the party has challenged his defection in court.

However, Umahi and Ayade are yet to be taken to court over their defection which Wike is clamouring for.