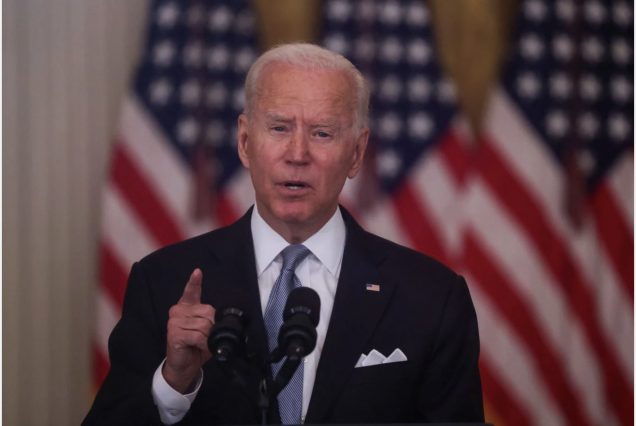 U.S. President Joe Biden did not just stoutly defend troops pullout from Afghanistan, he sent an ominous message to Taliban leaders on Monday.

Joe Biden said that if the Taliban attack US personnel, the US will respond with ‘devastating force’ if necessary.

He also said that the response would be swift and decisive.

He said the decision to leave Afghanistan is “the right one for America.”

Biden said the U.S. went to Afghanistan 20 years ago to deal with terrorists threats from Al Qaeda, in the wake of the World Trade Center bombing.

According to him, the mission had been accomplished.

He said keeping a U.S. presence in Afghanistan was no longer in U.S. national security interest.