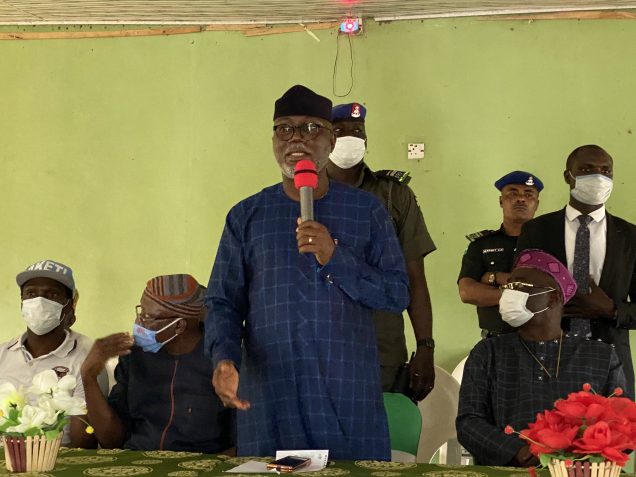 Governor Rotimi Akeredolu has sent a powerful delegation to the Fulani community in Ikare and Ikarimu over the killing of some travellers by militiamen in Jos North Local Government Area of Plateau State.

The delegation was led by Lucky Orimisan Aiyedatiwa, the Deputy Governor of Ondo State.

They are currently meeting with the Fulani leaders and relatives of the victims at Ikaramu town hall.

The death toll has reached 28, 11 are in critical conditions, while 33 have been discharged, while some are still missing as of the time of filing this report.

Police authorities have described the perpetrators as “suspected Irigwe militia.”

The victims, according to preliminary reports, took a route where crisis between Muslims and Northern Christians had ensued for some time, and that they may have been mistaken for aggressors.

The governor assured indigenes of Ondo living outside the state of his commitment to their safety.