Rivers PDP chairman Akawor: Amaechi will return to our party 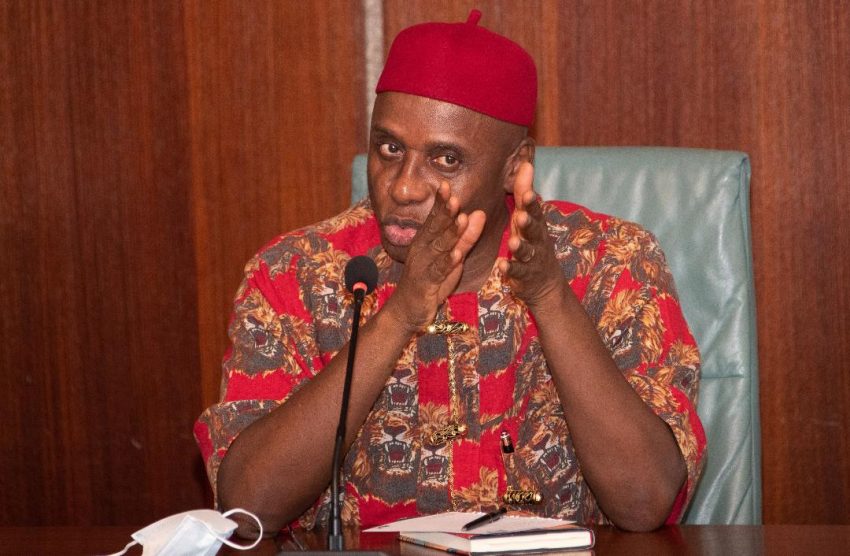 Desmond Akawor, Chairman of the Peoples Democratic Party in Rivers State has said that APC leader, Rotimi Amaechi would return to the PDP.

Akawor said this during an event on Saturday where he received scores of new PDP members in Ikwerre Local Government where Amaechi hails from in Rivers State.

While speaking, the PDP chairman said the current minister of transport has to return to the PDP which he said is Amaechi’s family. According to Akawor, Amaechi only went to the ruling All Progressive Congress for a reason.

“He went to remove President Jonathan. Jonathan has gone, so he should come back to his party. I have said it. They say I should not repeat that.

“Right in Ikwerre Local Government, I am saying it again. My brother, my friend, the bosom friend of our Governor, Nyesom Wike, Rt. Hon. Rotimi Amaechi, come back home, he said.

At the event where new members were received, the local government chairman of Ikwerre LCDA Nwanosike Samuel thanked the state governor, Nyesome Wike for saving the party from collapse.

He also thanked the national leadership of the PDP for saving the party from problems he said could have destroyed them months back.