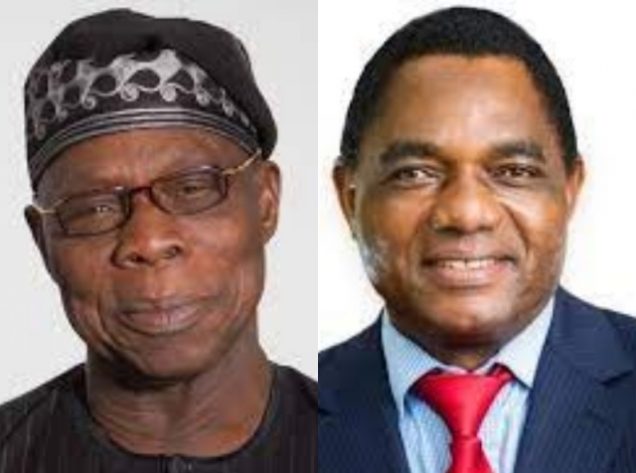 Obasanjo, in a congratulatory message to Hichilema commended Zambians for keeping democracy alive in the East African country.

In a release by his Special Assistant on Media, Kehinde Akinyemi, on Monday, Obasanjo said reports reaching him was that the election was satisfactory.

“Zambia must break the circle of previous President being disgraced, by inhumanly treated by succeeding President.”

Hichilema had secured a stunning landslide victory over incumbent Edgar Lungu, in the presidential poll held at the weekend.