China to Biden's America: You left 'an awful mess' in Afghanistan 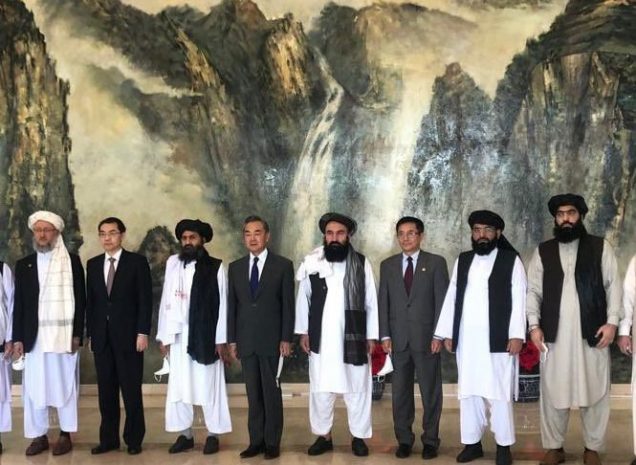 China on Tuesday carpeted Washington of “leaving an awful mess” in Afghanistan after the Taliban seized control of the country.

Beijing has signalled its readiness to cooperate with the Taliban after the United States’ withdrawal, which spurred a rapid advance by the terror group across the country that saw them capture the capital Kabul on Sunday.

Faced with criticism over the disorganised pullout of American troops after 20 years of US-led military intervention, President Joe Biden on Monday defended the withdrawal and blamed Afghan forces whom he said were “not willing to fight for themselves”.

“America’s strength and role is destruction, not construction,” Hua said at a regular press briefing.

Beijing has long feared the neighbour could become a staging point for minority Uyghur separatists in the sensitive border region of Xinjiang.

But a top-level Taliban delegation met with Chinese Foreign Minister Wang Yi in Tianjin last month, promising that Afghanistan would not be used as a base for militants.

Hua on Monday said China was ready to continue “friendly and cooperative” relations with Taliban-controlled Afghanistan.

She urged the new Afghan regime on Tuesday to “make a clean break with international forces” and “prevent Afghanistan from becoming a gathering place for terrorists and extremists again”.

Biden promised a complete withdrawal of US troops by September 11, marking an end to two decades of war.

But Washington was left shocked by the rapid collapse of the Afghan government and the Taliban’s sweeping advance.