Jihadists kill 37 in Niger, gun "down anything moving " 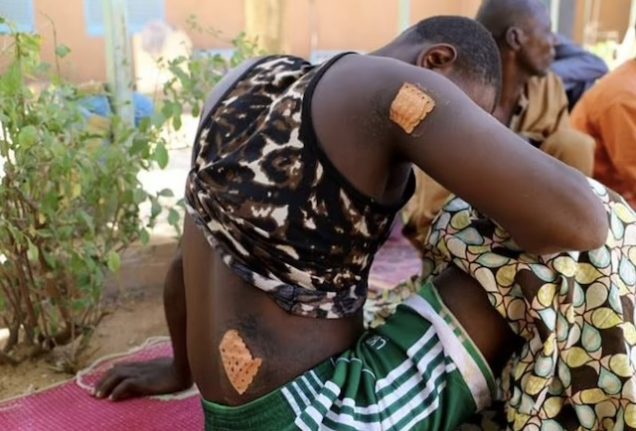 A survivor of a previous attack by Jihadists in western Niger

Thirty-seven civilians were killed in a region of western Niger that has been battered by jihadist invaders from neighbouring Mali.

“Armed men who arrived on motorbikes” attacked the village of Darey-Daye in the Tillaberi region on Monday afternoon as people were working in the fields, a local official said.

“The toll is very high — there were 37 dead, including four women and 13 children,” the source said.

A local journalist confirmed the toll and described the attack as “very bloody.”

“They found people in the fields and shot at anything that moved,” he said.

The attack is the fifth in the area in as many months, claiming more than 150 lives.

The bloodshed began in northern Mali in 2012 and then spread to the centre of the country before hitting neighbouring Niger and Burkina Faso.

Tillaberi has borne the brunt of the emergency.

Darey-Daye, located 40 kilometres (25 miles) east of the town of Banibangou, was already reeling from a bloody assault on March 15.

Suspected jihadists killed 66 people in attacks on the village and on vehicles of people returning from the weekly market in Banibangou.

According to a toll issued last Wednesday by Human Rights Watch (HRW), more than 420 civilians were killed in jihadist attacks in western Niger this year and tens of thousands of people have fled their homes.

The Banibangou department lies in the so-called “tri-border” area where the frontiers of Niger, Burkina Faso and Mali converge.

The area is notorious for attacks by highly mobile members of jihadists linked to Al-Qaeda and the Islamic State group.

Three attacks by gunmen on motorbikes were carried out in the Banibangou area on July 25 and 29 and August 9, killing 48 people, according to the authorities.

Atrocities have also been committed in southeast Niger by Nigerian jihadists from Boko Haram and the Islamic State West Africa Province (ISWAP).