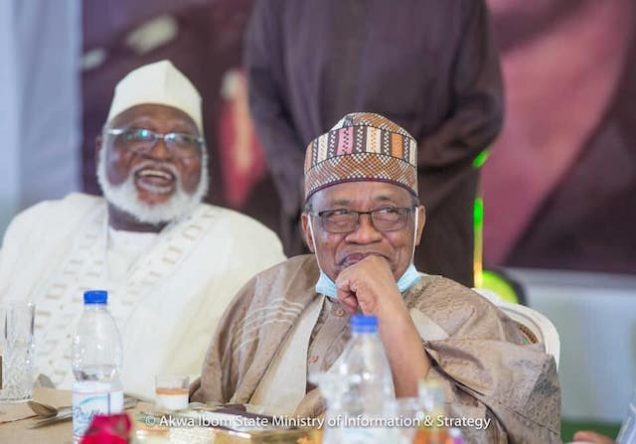 Babangida and Abdulsalami Abubakar on Tuesday

Journalists in Minna were shut out on Tuesday from the birthday shindig for former Nigerian leader, Ibrahim Badamosi Babangida.

Babangida, who ruled Nigeria between 1985 and 1993 and infamously annulled its fairest election, clocked 80.

Though now wheelchair bound, many dignitaries came to Minna to celebrate with him.

But journalists were told to keep off, on the order of Babangida’s children, Mohammed and Aisha.

A bold sign proclaimed: ” No Journalists , No Camera allowed here.”

However, the media crew of some dignitaries were not affected by the ban.