Reports: Arsenal close to loan and buy deal for Odegaard 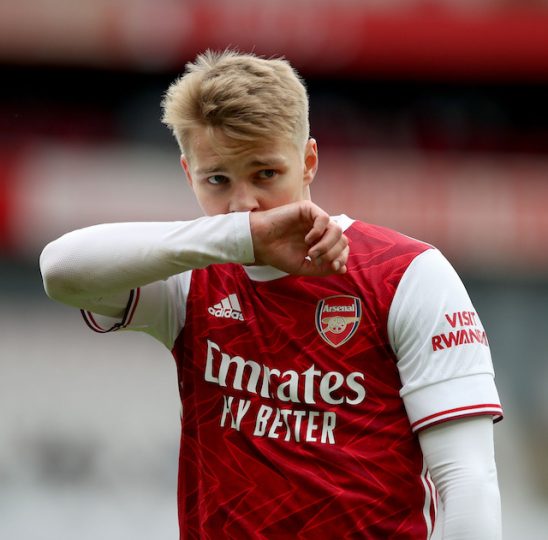 Reports in UK newspapers said Arsenal are eager to seal a loan and buy deal for Real Madrid midfielder Martin Odegaard, who was on loan to the London club last season.

The reports said representatives of Odegaard have allegedly landed in London to secure his transfer to Arsenal.

The Norwegian international, 22, remains Mikel Arteta’s top target to fill the attacking midfielder gap in his side.

Madrid initially rebuffed Arsenal’s interest in the player, as they saw him as a substitute for Toni Kroos.

The Mirror claims that Odegaard would initially return to the Emirates on a season-long loan deal, and the Gunners would then have first refusal on a £30m transfer in 2022.

The 22-year-old is contracted to Real Madrid until the summer of 2023 but was not included in Carlo Ancelotti’s squad for Saturday’s 4-1 victory over Alaves in La Liga.