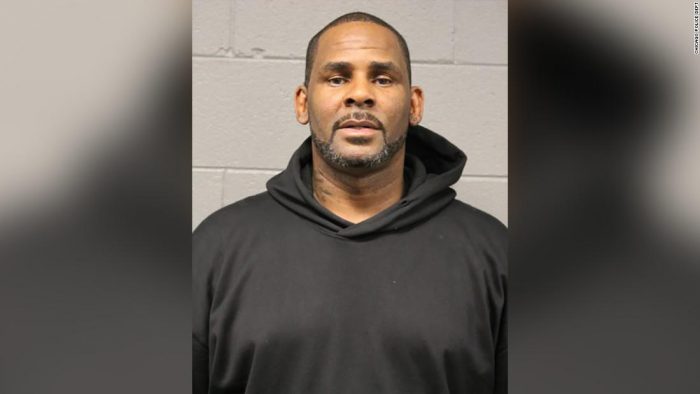 Melendez stuck the label on Kelly in her opening statement before jurors.

“This case is about a predator,” Melendez said.

“A man who used lies, manipulation, threats and physical abuse to dominate his victims and to avoid accountability for years.”

Kelly is standing trial on charges he was the ringleader of a two-decade scheme where he recruited women and underage girls for sex.

Opening statements are being deliveredt o a jury of seven men and five women, who will decide the 54-year-old Kelly’s fate.

Kelly, a three-time Grammy winner whose songs include “I Believe I Can Fly” and “Bump N’ Grind,” has pleaded not guilty and strongly denied wrongdoing.

The trial, delayed several times by the pandemic and expected to last about one month, will feature lurid details about Kelly’s alleged abuses, including testimony from some female accusers and at least one male accuser.

Prosecutors will argue that Kelly, whose full name is Robert Sylvester Kelly, used an entourage of managers, bodyguards and others to recruit women and girls, sometimes at concerts, for him to have sex with and abuse, and recorded their activities.

Kelly is accused of requiring victims to demonstrate “absolute commitment” and obey strict rules, including that they eat or go to the bathroom only with his permission, not look at other men, and call him “Daddy.”

The trial is the culmination of years of suspicions and accusations against Kelly, many discussed in the 2019 Lifetime documentary “Surviving R. Kelly.”

Kelly’s legal team has in court papers characterised their client’s accusers as “disgruntled groupies” who had pined to be with him, only to change their stories later.

Kelly could face decades in prison if convicted.

Even if he is acquitted, he still faces sex-related charges in Illinois and Minnesota, where he also pleaded not guilty.

Kelly has been jailed for more than two years. He was moved in June to Brooklyn from Chicago for the trial.

The nine-count indictment describes Kelly’s alleged mistreatment of five Jane Doe victims, three of whom were underage at the time.

One accuser said Kelly engaged in unprotected sex with her without revealing he had herpes.

Prosecutors will also try to show Kelly bribed an Illinois official in 1994 to obtain fake identification for the singer Aaliyah, then 15, so that they could marry.

Kelly, according to prosecutors, believed he had impregnated Aaliyah, and hoped a marriage would keep her from having to testify against him.

A marriage license showed Aaliyah’s age as 18, prosecutors said. Aaliyah, identified as Jane Doe #1 in the indictment, died in a 2001 plane crash.

The indictment includes accusations of racketeering – more common in organized crime cases – as well as bribery and extortion.

Eight counts allege violations of the Mann Act, a federal law now making it a crime to transport people across state lines for prostitution.

Rock and roll pioneer Chuck Berry is among other well-known people convicted under that law.

The actor and filmmaker Charlie Chaplin was acquitted of the charge.

Kelly was acquitted of child pornography charges at a 2008 trial in Illinois.

His career stalled following the Lifetime documentary and the latest charges.

Kelly’s lawyers said this month his “funds have been depleted.”