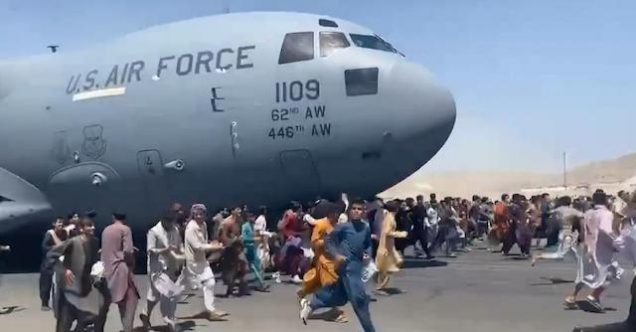 The U.S. Air Force said on Tuesday that it was investigating the circumstances surrounding human remains that were found in the wheel well of one of its C-17s that flew out of Kabul amid the chaos of the Taliban taking over the Afghan capital.

Images circulated on social media earlier this week of Afghans desperate to leave Kabul rushing toward a C-17 and clinging to its side.

A separate video showed what appeared to be two people falling from a military plane as it flew out of Kabul.

In a statement, the Air Force said that a C-17 aircraft landed at Kabul’s airport on Monday and was surrounded by hundreds of Afghan civilians.

“Faced with a rapidly deteriorating security situation around the aircraft, the C-17 crew decided to depart the airfield as quickly as possible,” the statement said.

It added that the Air Force’s office of Special Investigation was reviewing information about the aircraft and the “loss of civilian lives- to include video documentation and the source of social media posts.”