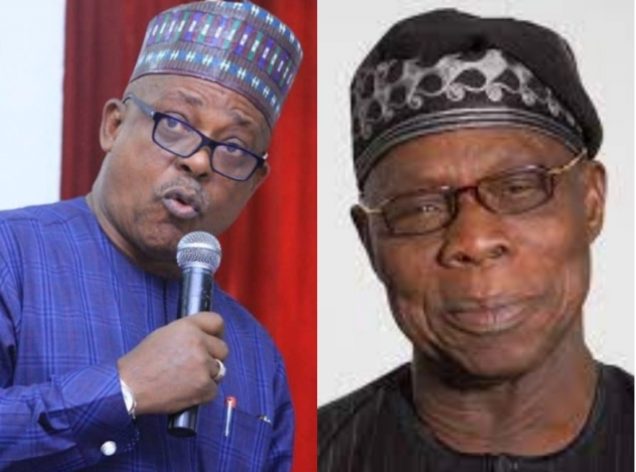 Secondus arrived in company of some other leaders of the PDP.

The PDP chairman and other party leaders met with the former president at the penthouse of the Olusegun Obasanjo Presidential Library (OOPL).

Obasanjo, Secondus and other PDP leaders after they arrived in Abeokuta are said to have gone into a closed-door meeting.

Currently, the opposition party is rocked with serious crisis as several stakeholders in the party are calling for the chairman’s resignation.

The chairman, however, has remained adamant on ending his tenure and not giving in to calls for his resignation.

Several caucus and groups in the party have also protested at the National Secretariat of the party in support and for the resignation of Secondus.