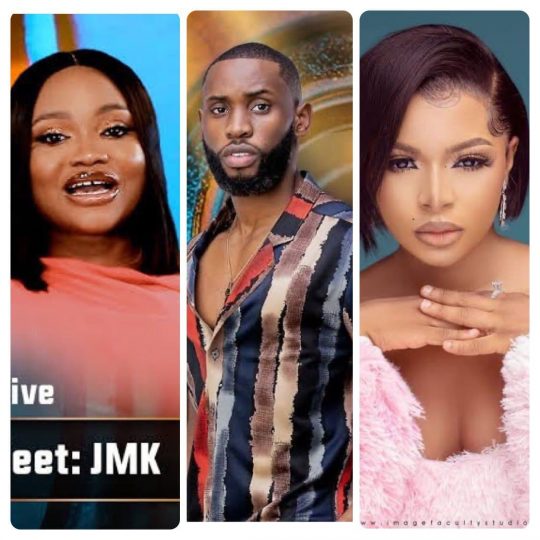 New Big Brother Naija Housemate, Jumoke Zainab Adetoye aka JMK has revealed she has feelings for Emmanuel who is into Liquorose.

JMK revealed this on Thursday during an interaction with Angel, noting that she does not want any issues with Liquorose.

“I am into this guy (Emmanuel), but I don’t want his wife’s problem which might result in a fight and I don’t want to be chased out of the house,” she said.

JMK entered the Big Brother house alongside Michael, Queen and Kayvee, who withdrew from the show over medical issues.

Liquorose and Emmanuel seem to have a relationship going on in the house at the moment. Many housemates refer to the duo as couples.

Both housemates have feelings for each other and have not failed to show it, as they’ve been seen at different times in the house kissing and cuddling.