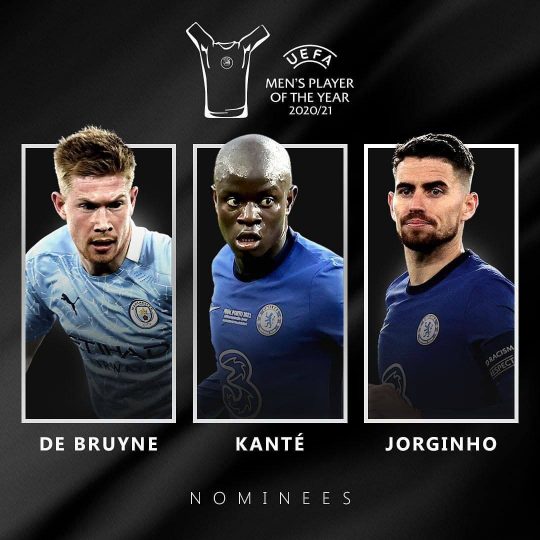 Others in the list are Lionel Messi, Robert Lewandowski, Gianluigi Donnarumma, Kylian Mbappé among others.

De Bryune appears in the three-man shortlist for the second consecutive year after helping Manchester City win both the Premier League and Carabao Cup last season.

The Manchester Club also got into the Champions League final but lost 1-0 Chelsea which had Jorginho and Ngolo Kante.

Jorginho also played a pivotal role in helping Italy, his national team to win the Euro 2020.

Some other coaches who were nominated are Unai Emery, Diego Simeone, Antonio Conte among others.

The award winners will be announced at the men’s Champions League draw ceremony on August 26 at the Halic Congress Center in Istanbul.