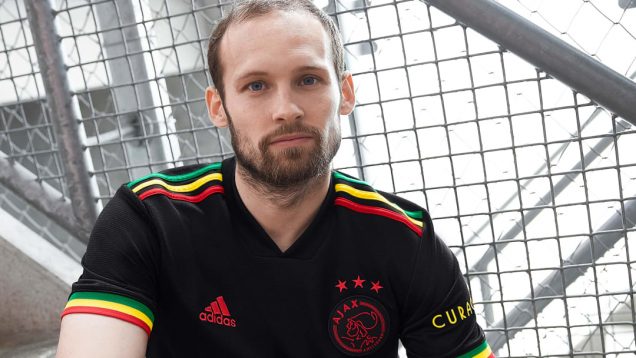 The strip is a tribute to Marley’s Three Little Birds which has been adopted by the club’s fans as their unofficial anthem.

The shirt is black with red, yellow and green detailing. This is a nod to the colours of the Rastafarian movement that Marley brought international recognition to throughout his life. On the back of the shirt are three birds: one red, one yellow and one green.

Reacting, Cedella Marley said she was delighted that her father’s legacy was being honoured by the club.

“I am beyond touched that Ajax has taken Three Little Birds and made it their anthem. Stories like this warm my heart and show how impactful songs like Three Little Birds can be. Soccer was everything to my father…and to use his words ‘football is freedom’.”

Those traveling from Amsterdam were asked to remain in the stands after the game.

While waiting, the stadium DJ played several tracks to entertain them. one of the songs played was Three Little Birds. The fans instantly embraced the song as their own and have been singing it at every game since.