BET Africa celebrates the year of the black woman 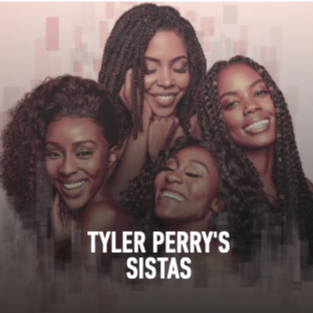 ViacomCBS Networks Africa’s (VCNA’s) Black Excellence channel, BET Africa has declared 2021 the year of the black woman and will spotlight and celebrate the many achievements by black women on and in front of the camera.

BET Africa’s original daily drama, ISONO, provides African women with a platform that enables them to tell their stories authentically.

Black girl magic reigns on BET Africa, as VCNA’s Culture Squad Members, Folu Storms and Nomalanga Shozi continue to update viewers across the continent daily on BET Breaks, about everything and anything global entertainment news, from the latest trending stories to celebrating and acknowledging black excellence.

The series, airing every Thursday evening at 21:00 WAT/22:00 CAT, follows a group of single black women as they navigate the ups and downs of modern life, which includes their careers, friendships and romances.

Nine of the most memorable solo artists and girl groups from the 1990s and 2000s will form the ultimate R&B supergroup in the newest original series, “BET Presents The Encore.” The BET original reality series airs every Wednesday, at 21:00 WAT/ 22:00 CAT.

After a successful season on sister channel MTV Africa, the Have Faith reality show will air on BET Africa, as viewers get to see the high life of South Africa’s socialite, model and businesswoman, Faith Nketsi every Saturday at 18:00 WAT/ 19:00 CAT.

The colourful and irreverent MoonChild Sanelly will feature on Method Madness, a new TV show that zooms in on the lives of South Africa’s most prolific artists and entertainers with the premise of peeling off the layers to get to the madness that drives creatives who see the world differently.

BET Africa’s commitment to driving black excellence, culture and storytelling equally celebrates and honours powerful black women who are forging a path of their own.