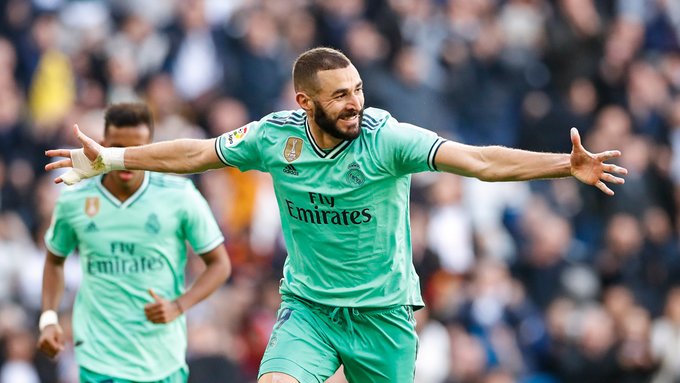 Karim Benzema: stays in Madrid till 2023

Real Madrid danger-man Karim Benzema has extended his contract at the club till 2023, the club said.

Benzema, who is the club’s fifth all-time leading goal-scorer arrived at Madrid in 2009.

He made his debut against Deportivo La Coruña at the Santiago Bernabéu and scored his first goal for the Whites on matchday 3 of the 2009/10 campaign against Xerez.

The Frenchman has gone on to play 12 seasons for Madrid and has cemented his name in the club’s history books.

Benzema’s sublime performances and superb goal tally have helped him capture the hearts of every Real Madrid fan.

The forward goes into his thirteenth season on the back on 281 goals for the club, only nine fewer than Santillana, who occupies the fourth position in the club’s all-time scoring charts.

Benzema has also made an impressive 560 appearances for the club and sits in tenth place in terms of players to feature the most times for the Whites.