Taliban yet to take Panjshir region of Afghanistan 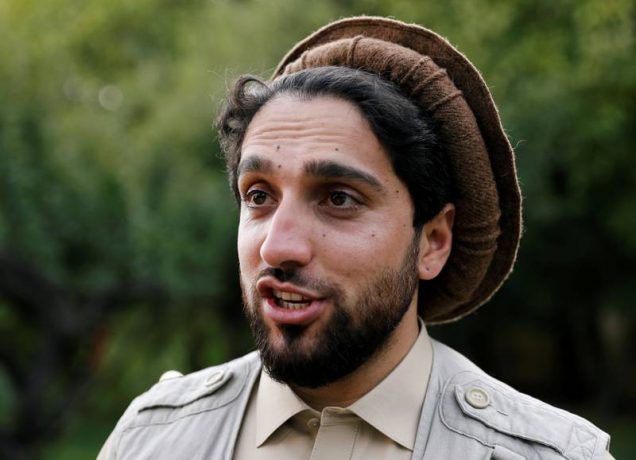 Panjshir region is yet to surrender to the Taliban, contrary to widespread belief that the Taliban had swept the entire Afghanistan under their Mujaheddin control.

There, 32 year-old Ahmad Massoud is leading a resistance force.

He told UAE National newspaper that war is on the cards if the group attempted an attack on his region.

He said he had seen little evidence the Taliban had changed over the past two decades.

He poured scorn on the group’s promise not to seek revenge against Afghans who had worked for the government or foreign forces.

“The pardon that the Taliban mentioned is just a sham — it is not real,” he said.

“They have been going behind the doors and the houses of the people who work in the government. They are going after each individual who has worked for the government in the past 20 years.”

He added the group were “telling us good things, but their actions are something different”.

On the phone from his stronghold in the valley, Mr Massoud described a scene of frenzy in Panjshir as much of the rest of the country fell to the Taliban in a matter of days last week.

His home province is now the only holdout.

The Afghan leader added that hundreds of Afghan commandos, members of the special forces and pilots had fled to the safety of Panjshir, which has a population of 200,000 and 20 military bases.

“They brought hundreds of Humvees, armoured cars, and we managed to bring five helicopters. We were flying them back to Kabul to bring more soldiers here,” he said on Thursday.

They aren’t the only ones. On Wednesday, Mr Massoud’s representative said refugees have already begun to arrive from other areas of the country and are being sheltered by Panjshiri families in their homes.

For the graduate of Sandhurst and Kings College London, resisting the Taliban is a family business.

His father, Ahmad Shah Massoud, led the Northern Alliance of tribes and militia groups as it battled the Taliban in the 1990s until his assassination by Osama bin Laden two days before 9/11.

Now, many are looking to his son as Afghanistan’s only hope against The Taliban.

Mr Massoud acknowledged that while he is in direct communication with the Taliban, he is not optimistic a war can be averted.

“Our position is very clear: if the Taliban allow the people of Afghanistan to be a part of the government and have an inclusive government, then that’s one thing,” he said.

He said Panjshir was preparing for war and was ready should the Taliban attack, but the region’s leaders are also pushing for peace.

“We are not after war, we are after peace, but peace has some conditions — otherwise, things will evolve into another war,” he said.

Amid rumours that the Taliban may soon launch an offensive to capture Panjshir, Mr Massoud fired a stark warning to the group.

“It is going to be a very bloody and hard war because the people of Panjshir are going to fight to the very last breath.”

The majority of Afghan provinces fell without violence, as Afghan soldiers and leaders chose to prevent bloodshed over retaining territory.

Mr Massoud was fiercely critical of Zalmay Khalilzad, the US special envoy who oversaw negotiations with the Taliban that ultimately led to the withdrawal of American forces and the collapse of the Afghan government.

“We could see the problem with the peace process. We expressed our concern time after time. We told the Americans that the government is so fragile, it would not last weeks, let alone months.

“Unfortunately, even I was wrong, because it lasted just a few days.”

He called on the international community to support his forces in Panjshir while also aiding the humanitarian crisis unfolding in the region.

“It’s a catastrophic scene when you walk [in the valley], the refugees are in their thousands. They are coming to Panjshir valley, which is the only place which is left, and we are expecting more and more people to come”

“Any country which is willing to help Panjshir now will be remembered as a good friend of Afghanistan,” he said.