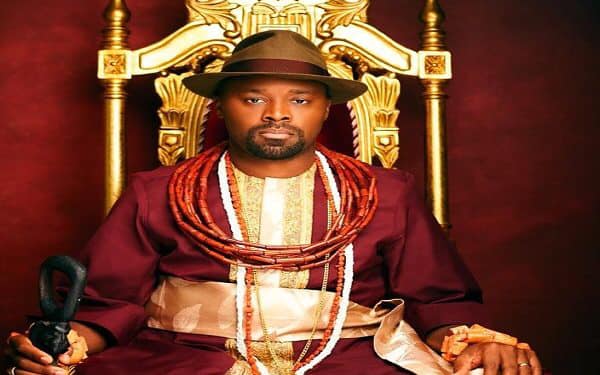 Here are some 12 quick facts about Prince Tsola Emiko, full name Utieyinoritsetsola, who will be crowned today as the 21st Olu of Warri in Delta state.

1. Omoba Tsola Emiko will become the monarch of the oil rich Warri kingdom at the young age of 37.

3.He was born into royalty three years before his father became the Olu of Warri.

6. He attended Case Western Reserve University in Cleveland, Ohio where he earned a Bachelor of Arts in International Studies and Political Science with minors in History and Economics between 2002 to 2006.

7. He obtained a degree in a Masters in Science in Management from Case Western Reserve University in 2007 and returned to Nigeria in 2008 for his NYSC.

10. He also sits on the board of companies such as Ocean Marine Security Ltd, Gulf of Guinea Ltd, and Vessellink Nig Ltd, among others.

11. He married Ivie Okunbo, the daughter of late billionaire Capt. Idahosa Okunbo in 2014.

12. He was chosen as the new Olu of Warri after the death of his father Ogiame Ikenwoli Atuwatse ll .