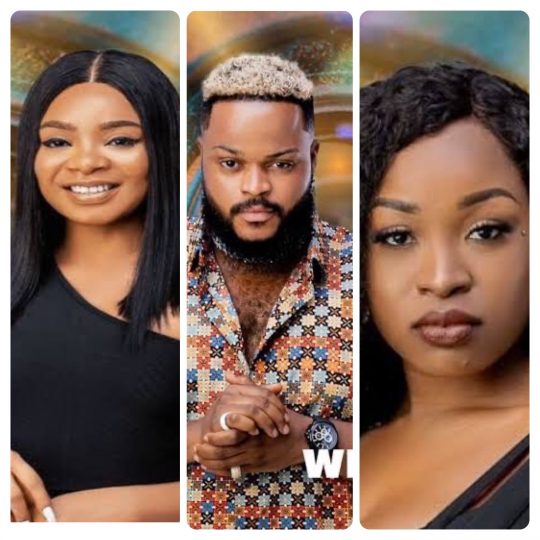 Jackie B and Queen in the Big Brother Naija house have declared their love for Whitemoney.

They expressed their love for the Enugu-born business man after their Friday jacuzzi party on different occasions.

Jackie B who is in a love triangle with Michael and Boma said Whitemoney is the type of guy she wants.

She said this to Tega after Whitemoney confessed he is attracted to her (Jackie B).

“I’m not saying that it’s not possible for me to date him. It can honestly happen but I have to reprogram my mind to start seeing him in that way. But with him, I didn’t even suspect him for one second.”

In response, Whitemoney said, “That’s how I move, that’s how I come. I don’t come and shout ‘I love you’.”

Jackie B continued, “He’s a mature man, that’s the type of man that I want, a grown ass man that knows what he wants. That’s my type of person.”

Queen, who joined the show after one week also spoke with Whitemoney after the Jacussi party.

She asked if he had any plans of having an intimate relationship with her.

Whitemoney, responded saying he has not processed anything like that in his head.

He also noted that Queen is confused, adding that he doesn’t want to make it worse for her.