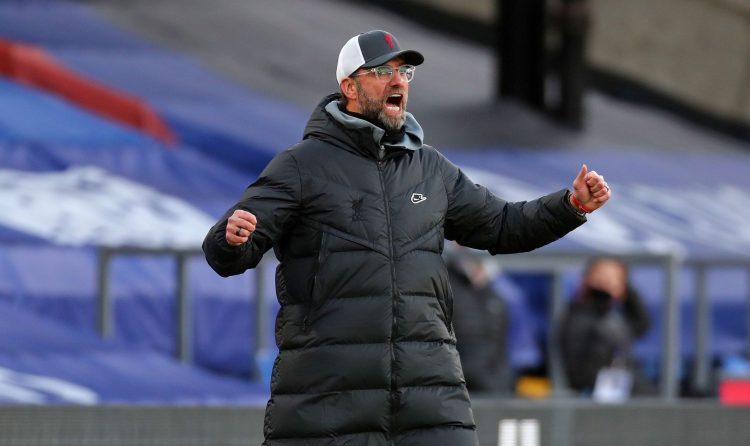 Liverpool manager, Jurgen Klopp has praised fans for the special atmosphere created as they return to the stadium while the team won Burnley 2-0 in their second game of the season.

Diogo Jota’s early glancing header was added to by a clinical Sadio Mane finish in the second half as the Reds treated their stadium’s first capacity crowd since March 2020 to a victory.

In his post-match interview, Klopp said the atmosphere was the best they had describing it as really special.

“Everybody was really looking forward to this football festival, to this game, and I think nobody leaves this place today with any kind of disappointment because I think all of our dreams were fulfilled today, atmosphere-wise.

He also praised the performance of defenders Virgil Van Dijk, Joel Matip, Trent Alexander-Arnold and Kostas Tsimikasfor their impact in the game.