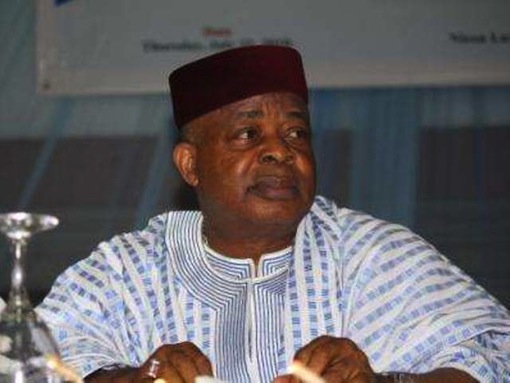 Former Senate President, Chief Ken Nnamani said the leadership of the All Progressives Congress (APC) desires to rejig the Enugu State chapter of the party to win elections.

Nnamani, who is also a member of the APC National Caretaker Committee representing the South-East zone, said this on Saturday in Enugu during the sitting of the APC Ward Congress Appeal Committee.

The former senate president said that it was scandalous that the party had underachieved in the state.

He said that the failures of the state chapter of the party in the past seven years had made it necessary to rejig and place it in better hands.

According to him, the APC in the state is determined to do something different as it was witnessing the influx of members.

Nnamani said that the party would no longer be left in the hands of those that would abuse party faithful and stakeholders in the media.

“The party is growing in the state but its success depends on winning elections. People were afraid of the leadership.

“I feel ashamed of being in a party that does not win elections. That is why we want to rejig the party to bring in leaders who will not use it for business.

“However, we are beginning to see a new horizon and determined to do something different with the new leadership we now have,” he said.

Nnamani said that it was wrong for some former leaders of the party in the state to have purportedly sworn inward executive members two days after the congress.

“The national caretaker committee of the party did not authorize any chapter to swear in anybody. The purported swearing-in was done out of indiscipline and we ridiculed ourselves,” Nnamani said.

Also, the Chairman of the appeal committee, Mr Bernard Mikko, said that the purported swearing-in of the ward executive members did not follow due process and was done out of mischief.

Mikko, however, said that the national leadership of the party had forgiven those that were behind the act.

“We are not just here to look into grievances that arose from the ward congress but also to purify the ‘sinners’ in Enugu APC. We must continue to forgive one another.

“The national caretaker committee encouraged consensus. We are here for those people who feel otherwise,” he said.

The committee chairman appealed to members of the party in the state to see the grievances as an opportunity to strengthen the APC.

“We came here for peace and reconciliation. People have made mistakes and we are here to heal the wound. We need each other,” Mikko said.

Also, the acting Caretaker Committee Chairman of the party in the state, Mr Chikwado Chukwunta, said that they were happy that the appeal committee came to address them.

Chukwunta said that certain members of the party were creating disunity in the APC so as to continue to use the party for personal gains.

“However, I am happy that the genuine leaders and major stakeholders of the party in the state are in support of the change of leadership,” he said.

Chukwunta said that the state chapter of the party would have no option other than to accept the verdict of the appeal committee.

The party had held its ward congress on July 31 and the appeal committee was inaugurated to look into the grievances arising from the exercise.