Notorious Imo robber Bugatti gunned down during gun-duel with police 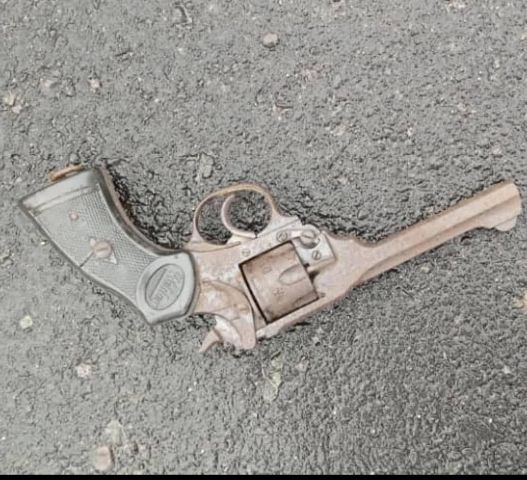 The Imo State Police Command says its operatives have killed a notorious armed robber, Bugatti during gun battle in the state.

The police said they also recovered a revolver pistol stolen from the Police Area Command Headquarters during the #EndSARS protest.

In a statement by CSP Michael Abattam, Imo State police PPRO, the recovery was made when a suspected notorious armed robber ‘Bugatti’ was killed.

Bugatti and his gang allegedly has been terrorizing the Nsu community in Ehime Mbano local government. They were sighted in the bush by local vigilante members who alerted the police.

The police patrol team in synergy with the the local vigilante moved to where the suspects were and on sighting the police, Bugatti and his gang opened fire on the police.

A gun duel ensured and Bugatti was neutralized while two other suspected members of the group escaped with bullet wounds.

CSP Abattam noted that efforts are on to arrest the other suspected member of Bugatti’s gang.