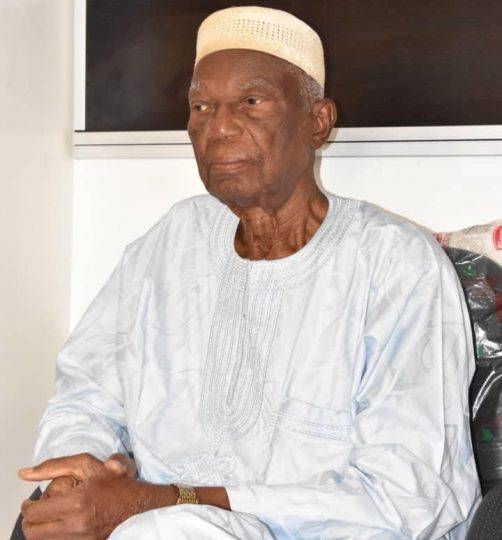 Omoba Kolawole Sabitu Onanuga, an astute businessman and in-law to Senator Lekan Mustapha has died at the age of 89.

Until his death, he was the head of the Onanuga, Gbagba and Onasoga Royal Families of the Anikilaya Ruling House of Ijebuland.

Onanuga reportedly died on Saturday, August 21, according to a statement from the family in Ijebu-Ode.

The deceased was educated in Ijebu Ode and on completion of his Secondary education, moved to Enugu for many years.

Following the outbreak of the civil war in 1967, he left Enugu and moved to Ibadan. He spent all his working life with UTC as a sales representative.

Upon his retirement from the company, he moved back to Ijebu Ode with his family to commence private business.

He remained an astute business man until his death.

Onanuga was also appointed Otun Baba Adinni of Ijebuland, a position he held until his death.

He is survived by two wives and many children.

His eldest daughter, Alhaja Iyabosola Mustapha is the wife of Senator Lekan Mustapha who is representing Ogun East in the ninth Senate.

There are also Omoba Laide Onanuga, popularly known as “So Sure” in political circles in Ijebuland and a businessman; Omoba Olabode Onanuga, Adeola Onanuga, a nano scientist, based in the U.S.

Alhaji Onanuga has since been buried in accordance with Islamic rites.