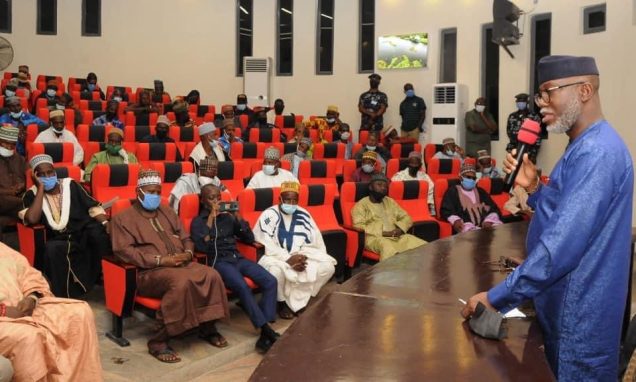 The surviving victims of militiamen attack in Jos North Local Government Area of Plateau State have returned to Ondo State.

About 28 people were killed in the attack.

Tiyoden, said 25 suspects have been arrested in connection with the incident, while normalcy has been restored in the area as investigations are ongoing to bring the perpetrators to book.

The deputy governor condemned the attacks on innocent citizens and described it as a rude shock to the government of Plateau State because it was an unprovoked attack on the victims.

He sympathised with the families of those who lost their loved ones, and those injured as a result of the unfortunate incident.

“We pray for forgiveness on behalf of those who did it as arrests have been made, as of now, we have 25 people under arrest, I can assure you, investigation will go on.

“And I can assure you that due process will be followed, the law will take its course and they will pay for what they have done,” he said.

Tiyoden assured that the Plateau State government is on top of the situation and admonished Nigerians to live in peace with one another as brothers and sisters, irrespective of their religious beliefs and ethnic differences.

The Ondo State Deputy Governor, Mr Lucky Aiyedatiwa, who received the survivors thanked the government of Plateau State for the response and help in saving the lives of the survivors.

Aiyedatiwa said the victims were not seen as Hausa/Fulani people but as citizens of the state because most of them were born and raised in the state.

The deputy governor commended the quick response of the Plateau state government in rescuing the people.

“The attack was that of mistaken identity, and I want to thank the governor of Plateau State for his quick response.

“And that response actually brought about these survivals. As we mourn those who passed on during the attack, I also want to thank God for those of you that survived the attack,” he said.

He described it as an honour and a sign of friendliness that the deputy governor of Plateau came with the survivors.

The Seriki Hausa of Akoko land, Alhaji Muhammed Halidu also confirmed to PM News that the survivors are now in the State but they are not in Ikare.

“We heard they have taken them to Akure, they even passed here, but we have not seen them.

“Some Fulani also went to Akure to see their family members,” he added.

Ealier, Governor Rotimi Akeredolu’s delegation had met with the Fulani community in Ikare and Ikarimu to sympathize with the family and relatives of the victims.