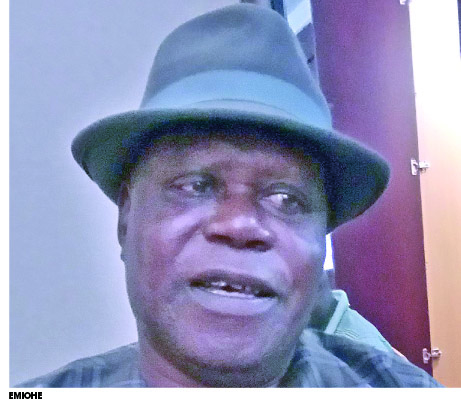 Leaders of the Peoples Democratic Party (PDP) in Esan Central Local Government Area of Edo have appealed to a chieftain of the party in the area, Chief Mathew Emiohe, to rescind his decision to quit partisan politics.

The leaders were led by Mr Aselm Ojezua, a former state Chairman of the All Progressives Congress (APC) and an ally of Gov. Godwin Obaseki.

Ojezua, who said that they were jolted by what he described as a sudden decision by Emiohe, appealed to him to reverse the decision, as he was still needed to help reposition PDP in the council area and the state in general.

“We are here because it is significant to have him back. His decision to abandon the house he helped to build is not expected and acceptable.

“Chief Emiohe is part of the people who helped in redefining politics in the state. He has the right to his decision but we have reminded him of what he will be doing to his followers and supporters should he refuse our plea.

“But thanks to God that he has listened to us and we have also promised to bring to the attention of the government those things he said had informed his earlier decision to quit politics.

In a similar vein, another leader of the party in the local government area, Mr Macaulay Shaka-Momodu, has described Emiohe as a strong mobilizer and supporter of the party who could not afford to quit active politics now.

“Like they say, a tree does not make a forest, but there are some trees that can make a forest and Emiohe is one of those trees.

“He is a born politician; he is at home with his people and he is a great mobiliser who we cannot allow to go just like that.

“We need him to play partisan politics because there are many battles ahead,” he said.

A former chairman of the council, Mr Jonathan Aigbiremohen, said Emiohe was responsible for bringing several people into PDP from APC, stressing that the people still needed his support.

“Whatever must have happened in government, you don’t quit the system because you are angry. You need to stay back to correct the perceived abnormality in the system,” he said.

In his response, Emiohe, who commended the party leaders for the visit, corrected the impression that his decision to quit politics was because of the dissolution of the Governing Council of Ambrose Alli University of which he was a member.

He attributed his decision to quit partisan politics to the lack of government presence in his area.

The PDP chieftain listed, among others, a lack of teachers in two government-owned schools and the deplorable condition of the road in his community.

“I must, first of all, appreciate their coming because it shows the level of respect they have for me.

“I have listened to them and I have decided that I cannot change things from outside. I need to be inside to be able to make things happen.

“It was never a personal thing but those that affect my people and my community.

“For instance, a school of about 200 students in my community does not have teachers, while another one with same population has only two teachers. We do not also have road.

“All these I have written severally to the relevant authorities without success,” he said.