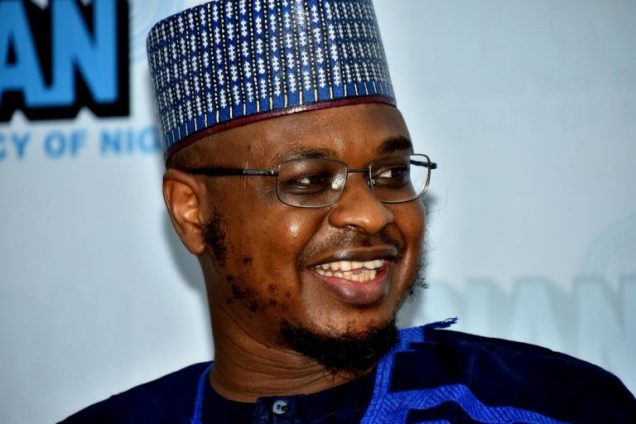 The Nigerian Communications Commission (NCC) will release the biodata of any individual suspected of using mobile phone to commit any offence within 60 minutes.

Minister of Communications and Digital Economy, Dr Isa Pantami disclosed this in an interview with the News Agency of Nigeria.

Pantami said only security agencies are permitted to get bio data from any network provider if there was any suspicion of infractions by any citizen on the use of a cell phone.

He reiterated his ministry’s commitment to support security agencies to combat crimes through the registration of SIM cards.

Pantami, however, said that the SIM card registration must be in synchronisation with the National Identification Number (NIN) registration, which was being carried out nationwide.

According to the minister, it is an offence for any citizen or foreigner resident in the country not to have a NIN.

“It is the number that one is identified either as a citizen or as a legal resident. Any person resident in Nigeria is entitled to it by law.

“It is the foundational identity and no responsible country will exist without providing foundational ID to its citizens and legal residents.

“Every country has a type of identification but in Nigeria, the 7th most populous nation after China, India, U.S., Indonesia, Pakistan and Brazil, we are still struggling to know the total number of people living in Nigeria,” he said.

He said that the institution managing the nation’s population estimates that “there are around 210 million while some will estimate 10 million less or more, giving a gap of 20 million people.

“How can you get your national budget right; how can we get our education, health, security and social intervention right without knowing the population of Nigerian residents,” he said.

The minister observed that with census, the population could be known but census had been fraught with many abuses by people.

“With national identification such abuse is not possible.

“With biometrics, which are on record, the nation does not require frequent census if the data base is updated.

“The same data base can be with the National Population Commission because it is part and parcel of National Identity Management Commission.”

Pantami said that the NIN law was in place for more than 14 years and its neglect had negative effect on fighting crimes.

“Our main challenge is that we are passionate about having a law but we do not want to comply with it,’’ he said.

Pantami said National Communications Commission played significant role through the provision of bio data, which could be used by security agencies to trace criminals.

He said that before he assumed office, no one knew the number of SIM cards in the nation’s network and the number of partially registered SIMs.

He said that it was only when NCC was directed to carry out an audit that it was discovered that about 9.2 million SIMs were either unregistered or partially registered and the owners could not be traced.

The minister said that toward end of September 2019, the agency removed all SIMs not fully registered.

“On the last day, 2.4 million, approximately, were blocked from the network, and the main reason for doing that was to support security of our country.’’

The minister acknowledged that the performance was appreciated although criminals later compromised the registration by using unpatriotic agents to register multiple cards and defrauding customers.

He noted that the Federal Government stepped in again to sanitise the system and came up with another policy to curb the criminal acts of the agents, part of which was to permit mobile operators to register NIN alongside SIM.