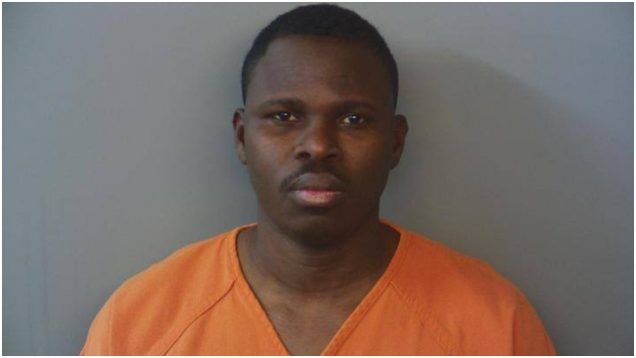 Ismaila Fafunmi jailed in US

He was sentenced on Friday.

According to Court records, Fafunmi was involved in a network that was comprised of several layers.

The initial layer consisted of scammers using computers in Nigeria who preyed on elderly citizens of the United States by impersonating romantic companions eager to make lasting relationships on dating websites or by offering fake federal grants to senior citizens.

According to the United States Department of Justice, Fafunmi admitted in his Plea Agreement that, beginning in June 2018, he and his co-conspirators would set up fake profiles on dating websites profiling American men, often military members.

The purpose of the scams was to defraud United States-based victims of their money.

If the victims sent money by bank deposit, Fafunmi and his co-conspirators would create bank accounts in various names to retrieve the fraudulent funds.

Victims also sent money in the form of cash and postal money orders to addresses belonging to Fafunmi and his co-conspirators.

Fafunmi and his co-conspirators would retain a portion of the victims’ funds, and then convert the remainder to wire transfers, to be sent back to co-conspirators in Nigeria.

Two victims of the scheme lived in Kentucky. One sent more than $200,000 in funds, gift cards, and electronic devices, to a person she believed to be her boyfriend.

Another sent over $170,000, for what she believed to be fees associated with a federal grant. Fafunmi received portions of these funds, kept some of the money, and sent the remainder abroad.

Under federal law, Fafunmi must serve 85 percent of his prison sentence. Upon his release from prison, he will be under the supervision of the U.S. Probation Office for 3 years.

The investigation was conducted by the FBI. The United States was represented by Assistant U.S. Attorney Kathryn Anderson.

This case is being prosecuted as part of the Department of Justice’s efforts to identify and prosecute those persons who facilitate elder financial exploitation.

The Department of Justice’s Elder Justice Mission, being carried out through the Kentucky Elder Justice Task Force, is to seek justice for victims of elder financial exploitation.