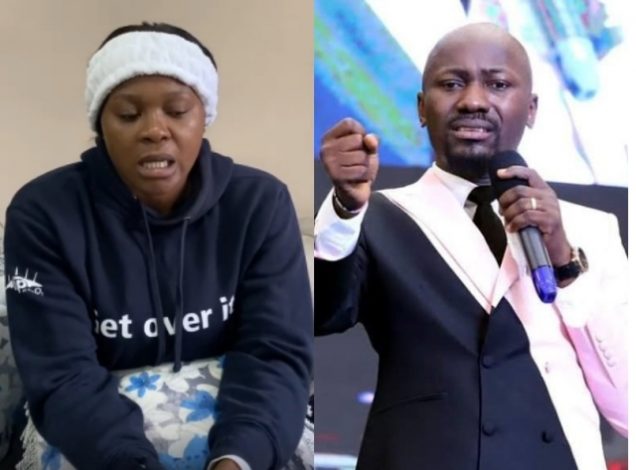 Apostle Johnson Suleman, the General Overseer of Omega Fire Ministry (OFM), said he’s not discouraged by the allegations leveled against him by Nigerian actress, Chioma Ifemeludike.

Ifemeludike, in a video released on Saturday, alleged she had sex with Apostle Suleman twice and was paid N500,000 by the cleric.

However, the cleric responded while preaching in his church today.

Apostle Suleman said he didn’t watch the video made by the actress because he doesn’t want to be distracted.

He questioned why some persons were messaging to encourage him when he was not even bothered by the allegation.

“Why are you encouraging a man that is not discouraged? I’m upset since yesterday. I saw messages saying that I should not worry. Read my countenance, when you see me moody you can encourage me.

“Do I look like somebody who needs encouragement? I’m not discouraged at all and I’m not angry at those insulting me on social media.”

Suleman added that he was not even angered by comments on social media.

The cleric further added that he intentionally ignored all the videos made against him.

“Somebody sent me a video from a blog yesterday, that was the last time it was on my phone. I guard my heart so that I can have fellowship with God. Stop all these rumours and gossips. What will not encourage me, I don’t give attention to it,” Suleman said.