US musician Don Everly of The Everly Brothers is dead 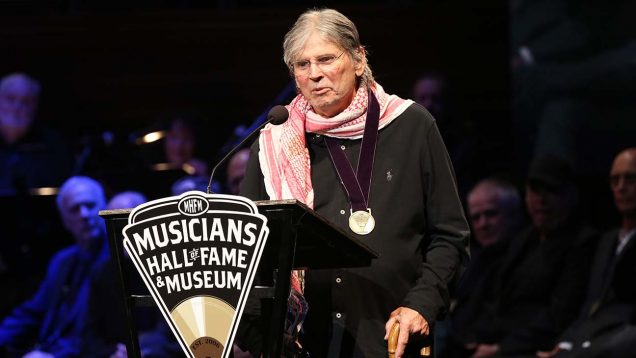 Don Everly, an American singer, and guitarist who formed one of pop’s greatest vocal partnerships, the Everly Brothers, a rock & roll duo, is dead.

According to a family spokesperson, the last surviving member of The Everly Brothers, died on Saturday at his home in Nashville. He was 84.

The cause of his death was, however, not disclosed.

LA Times quoted the family as saying: “Don lived by what he felt in his heart; expressed his appreciation for the ability to live his dreams with his soulmate and wife, Adela, and sharing the music that made him an Everly Brother.”

Don and Phil, his brother had scored hits worldwide in the late 1950s and early 60s.

They became popular for their songs including ‘Bye Bye Love’ and ‘All I Have To Do Is Dream’.

Their unique vocal harmonies, coupled with ingenious guitar arrangements and timeless material, had a revolutionary impact on the Beatles, the Hollies, Simon and Garfunkel, the Beach Boys, the Byrds, and Crosby, Stills and Nash.

The Everly Brothers were elected to the Rock and Roll Hall of Fame in its first year, 1986, alongside the likes of Elvis Presley, Chuck Berry and Little Richard, and received a lifetime achievement award at the Grammys in 1997.

Isaac Donald Everly was born on 1 February 1937 in Brownie, Kentucky, the son of coalminer Ike and Margaret Everly. A gifted guitar player, Ike moved the family to Chicago in the late 1930s in pursuit of a career in music, where the two brothers played alongside their parents in a band called the Everly Family.

The group dissolved in 1953 after their fortunes faded as the live radio market died, but Don and Phil went on as a duo.

Although the pair had an onstage breakup in 1973 that resulted in a decade-long estrangement, Phil later said that their relationship had survived the tumultuous period.

Two years younger than Don, Phil died of pulmonary disease in 2014 at the age of 74.