Gun-battle in Imo: Kidnapper gunned down, three others arrested 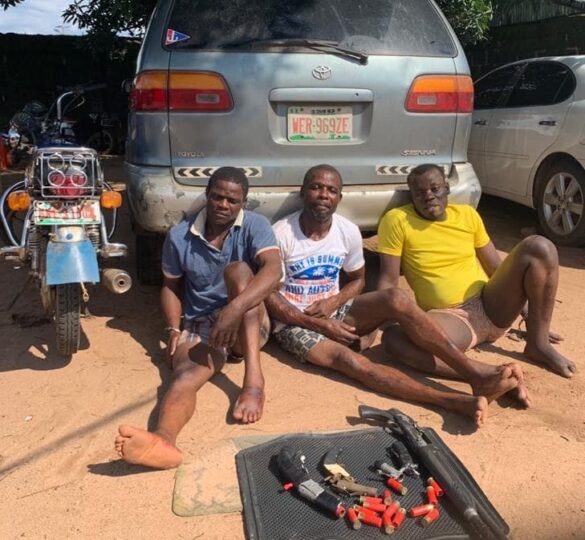 Illustration for Goodluck Ezekwu and his gang

In a release on Monday by CSP Michael Abattam, spokesperson of the Imo Police Command, the operation began when Obinna Odika, husband and father to the kidnapped victim reported the case on Thursday, 19th August.

CSP Abattam said the report was disseminated to all the police formations and tactical units.

He noted that officers of the Ngor Okpala police Division Patrol Team that Thursday arrested three members of the kidnapping gang.

CSP Abattam in the statement said the suspect confessed to the crime on interrogation and led the command’s tactical team to their hideout in a forest in Ngor Okpala LGA of Imo State.

“Other members of the kidnapping gang on sighting the police fired shots and a gun duel ensued as one of the kidnappers was neutralised while two other were arrested with bullet injuries.

“The police recovered one pump action gun, three locally made Pistols, 14 rounds of live cartridges and N361 thousand at the kidnapper’s hideout,” he said.

The two injured suspects were taken to the Federal Medical Centre Owerri, for medical treatment, the statement noted.