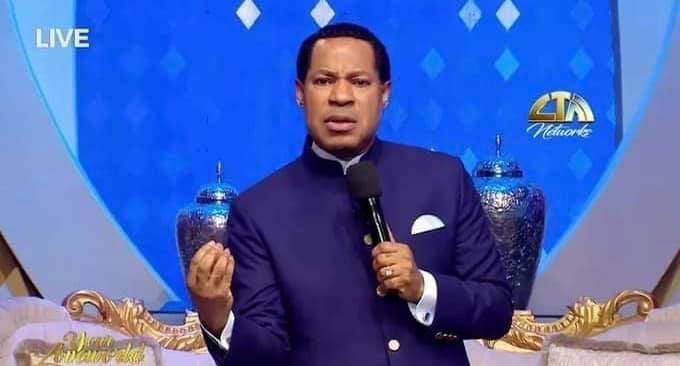 Australian police were on Sunday called by fed-up neighbours of Chris Oyakhilome’s Christ Embassy in Sydney as members gathered for another service despite COVID-19 lockdown.

“We pray for NSW government, we declare that the wisdom of God is granted,” he said.

“We declare that lockdowns are over in the cities of NSW, in the name of Jesus.”

Thirty adults arrested were fined $1000 each.

The church was also fined $5000 for a gathering held in defiance of a lockdown aimed at preventing more deaths and reining in the more than 800 new cases NSW is recording each day.

“Churches are there to profess the message of hope and love and to have those people endanger communities … is extraordinary,” he told Sydney radio 2GB on Monday.

Premier Gladys Berejiklian called the gathering a blatant contradiction of rules that keep people out of hospital.

In April this year, Pastor Chris Oyakhilome’s TV channel, LoveWorld, was fined £125,000 for breaching the UK’s broadcasting code by spreading misinformation about COVID-19.

It was the second time LoveWorld breached rules “on accuracy in news and harm in its coverage of the coronavirus”, the UK’s broadcasting regulator Ofcom said in a statement.

Ofcom said the program “included the notion that the outbreak was ‘planned’, that the ‘sinister’ vaccine can be used to implant ‘nanochips’ that can control and cause harm to members of the public and the debunked theory that the virus was somehow caused by 5G”.

The page, which has almost 6500 followers, features one video that claims COVID-19 is “imaginary”, that Pfizer is pedalling a vaccine for a make-believe disease, and that the PCR test used to detect the virus is “a complete fraud”.

NSW Police Deputy Commissioner Gary Worboys said he hoped followers would reflect on the risk they’d exposed themselves and their children to.

“I would hope that that would be the last time that we see this kind of activity from this group of people.”