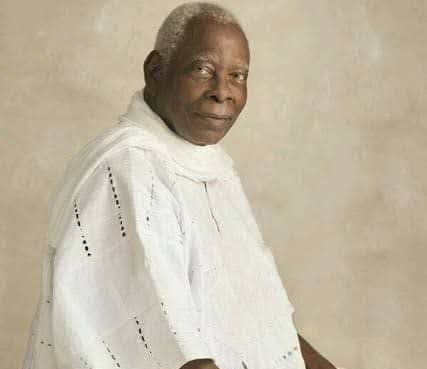 The younger Grillo revealed this to the Society of Nigerian Artists, which issued a tribute in Grillo’s honour.

Grillo died early today and was buried at Atan Cemetery at 4pm.

He was born in 1934 and grew to become a contemporary Nigerian artist known for his inventive works and the prominence of blue in many of his paintings.

He emerged to prominence and international recognition in the 1960s and 1970s, while exhibiting a large collection of his early works.

Grillo makes use of his western art training in many of his paintings, combining western art techniques with traditional Yoruba sculpture characteristics.

His preference for blue in natural settings paintings is sometimes similar to the adire or resist-dye textiles used in Nigeria.

He was a former Head of the Department of Art and Printing at Yaba College of Technology.

Grillo was also the first President of the Society of Nigerian Artists.

The Society of Nigerian Artists (SNA) paid tribute to the veteran artist, in a statement by Mr Oliver Enwonwu, its President.

He said Grillo’s death came as a shocking news.

He described him as a rare gem in the industry, a pioneering modernist artist , an accomplished teacher and administrator.

“Indeed, part of his legacy is hinged on the successive generations of artists he taught at the prestigious Yaba College of Technology, Lagos.

“Grillo was the first President of the Society of Nigerian Artists, Nigeria and Africa has indeed lost a gem.

“We commiserate with the family at this time and pray God to grant them the fortitude to bear the loss.