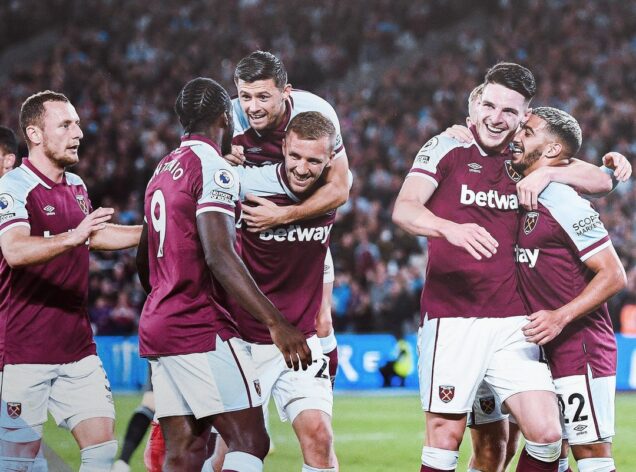 Leicester were reduced to 10 men, in the first half, after Ayoze Perez was sent off for a bad challenge on West Ham’s Pablo Fornals.

Fornals had put West Ham ahead in the 26th minute.

Then a Michail Antonio double, in the second half helped the Londoners record an impressive 4-1 win against the visitors.

Although they shared similar six points with Chelsea, Liverpool, Tottenham and Brighton, they have banged in the most goals in the season.

They have scored eight goals and conceded three.

Chelsea and Liverpool who are yet to concede a goal, have five goals to their advantage.