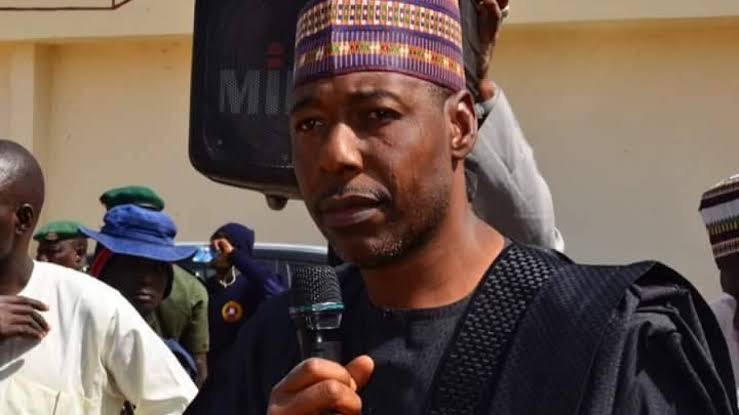 Gov. Babagana Zulum of Borno said the state government is yet to account for the whereabouts of 560,000 citizens of the state, in wake of the 12-year old insurgency.

The missing number represents 10 per cent of Borno’s 5.6 million population as at 2016.

Zulum told State House correspondents after a closed door meeting with President Muhammadu Buhari that over 100,000 people also died due to the deadly activities of the insurgents.

The governor revealed that about 2,600 suspected Boko Haram insurgents who surrendered had been taken into custody by the security agencies in the state.

He, however, stated that not all of the suspects were criminals, assuring that all the surrendered insurgents would be properly profiled and the innocent ones among them would be immediately resettled.

“Right now, we have about 2, 600 in our custody but mind you, this number is inclusive of their children and their wives including their families. Among these people that have surrendered, some are innocent.

“We have started profiling them with the Nigerian Army and the Directorate of State Services (DSS), so that those that have not committed a heinous crime, especially the teenagers and women, then we can find an immediate way of resettling them back.

“Those that are deeply involved also we shall look into the possibility of training them so that at a later stage, the federal and the state government will decide to keep them so as to address the issue holistically.

According to the governor, the surrender of the insurgents is a very welcome development.

“Unless we want to continue with an endless war, I see no reason why we should reject those that are willing to surrender.

“The President has given me and the people of Borno State the assurances of his continuous support in this direction so that his matter can be resolved amicably,” he added.

Zulum said the state government had embarked on consultations aimed at developing a framework that would ensure an end to the insurgency in the North-East.

“Deepening internal democracy and social cohesion is the prelude to sustainable peace in any nation, therefore, we are not unaware of the negative effects of this programme and that is why we want to see the involvement of the federal government in a large scale.

“The way forward is that we shall immediately hold a stakeholders meeting in Borno State, comprising of the Ministries of Defence, Interior, Humanitarian Affairs, the Attorney General and most importantly, the National Intelligence Agency also because we have some foreign involvements in the matter.

“We will also involve the traditional rulers and especially the victims so that we can come up with resolutions and far reaching recommendations that can be programmed in a structured manner.

“The recommendations shall also be forwarded to the President.’’