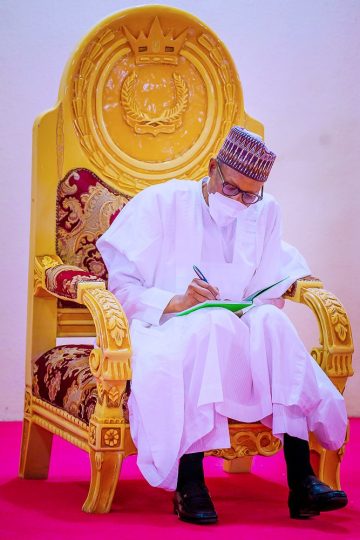 The Buhari Media Organisation (BMO) said the anti-corruption war of the Federal Government is not targeted at the opposition, as it is aimed at rooting out corruption from Nigeria.

The BMO said this in a statement signed by its Chairman, Mr. Niyi Akinsiju, and Secretary, Mr. Cassidy Madueke on Tuesday in Abuja.

The organization was reacting to allegations by the Peoples Democratic Party (PDP) that the anti-corruption war was restricted to opposition elements.

“What is even more amusing is that one of the top PDP members invited for questioning recently who is former Gov. Seriake Dickson of Bayelsa, said there was nothing wrong with the EFCC grilling him based on a petition from a group of indigenes of the state,’’ it said.

The organisation, therefore, wondered why the PDP should be crying more than the bereaved.

It said that the convictions secured by the EFCC under Buhari’s watch were clear indicators that the anti-graft war was not selective.

According to the BMO, the reality on the ground showed that all former convicted governors are serving prison terms irrespective of party affiliation.

“Mr. Joshua Dariye and Jolly Nyame defected to the ruling All Progressives Congress (APC) in the middle of their trials, but that didn’t stop their cases.

“It is on record that Orji Kalu, who happened to be the Senate Majority Whip was also convicted even though he got a temporary reprieve which the EFCC is still challenging in court,’’ the BMO said.

It stressed that Buhari had never and would never interfere in anti-corruption cases which was why he ignored all entreaties to intervene in the case of the then President of the Senate, Bukola Saraki.

The BMO mentioned how a former JAMB Registrar, Prof. Dibu Ojerinde joined the APC a few years ago and yet had to forfeit houses, filling stations in Nigeria and Ghana in the course of his trial.

“Let us also not forget that Buhari sacked a former Secretary of the Government of the Federation (SGF) Mr Babachir Lawal.

“He also ensured that he was put on trial over the celebrated grass cutting scandal; so it is safe to say that there are no sacred cows,’’ it said.