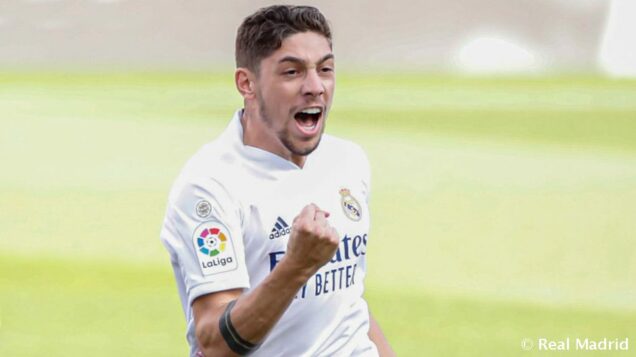 Federico Valverde: stays in Madrid till 2027

Uruguayan Federico Valverde will remain a Real Madrid player till 2027, after signing a contract extension.

The midfielder, who was born on 22 July 1998 in Montevideo is in his fourth season at the club.

He made his first-team debut in October 2018 in the Champions League meeting against Viktoria Plzen and has gone on to make 104 appearances in a Madrid shirt.

His trophy haul with the club features three pieces of silverware: a Club World Cup crown, a LaLiga title and the Spanish Super Cup, in which he landed the Man of the Match award in the showpiece.

The Uruguayan checked in at our club from Peñarol in the 2016/17 season and initially turned out for Castilla, where his fine performances saw him earn a move to the top flight in a loan deal with Deportivo La Coruña.

He returned to the Whites’ first team.

Valverde is a full international with Uruguay, with whom he contested this summer’s Copa América.